After 20 years in San Francisco, and 1 year in Rome, I have relocated my practice to the New York area.

It was here in the early 80s where I began my design practice and I consider that period of my life to be a pivotal point in my creative development. I welcome this return with considerably more experience and sage attitudes.

Lucille Tenazas is the founder and principal of Tenazas Design, a communication graphics and design firm with projects in the cultural, educational and non-profit sector. She was awarded the National Design Award in Communications Design by the Smithsonian Cooper-Hewitt National Design Museum in 2002 and is considered one of Americaï¿½s leading design innovators. Active in the AIGA, she served as the national organizationï¿½s President from 1996 to 1998. Additionally, Lucille is a design educator and was the Founding Chair of the MFA Design Program at California College of

the Arts in San Francisco with an emphasis on form-giving, teaching and leadership. She is currently at work on her monograph which will be published by Princeton Architectural Press. 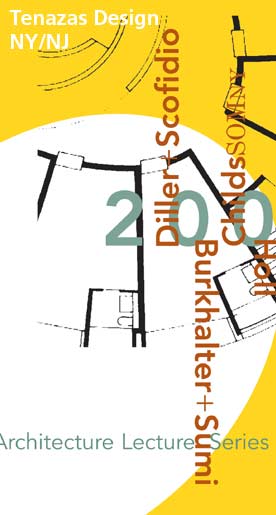